Ski club began again in October 2015, with 6 new starters, and our advanced skiers returning for another season.

Congratulations to all our skiers and Trophy Winners in Ski Race Sunday 17th April. We  achieved three 3rd place winners, and all got personal best times! 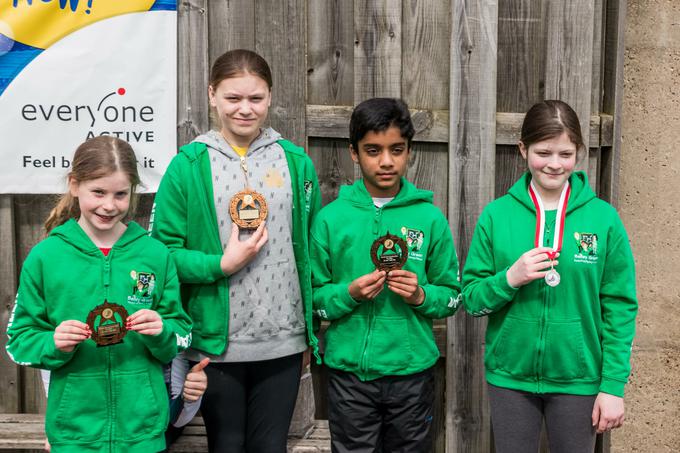 Watch this video to see the advanced group's first attempt at synchronised skiing! 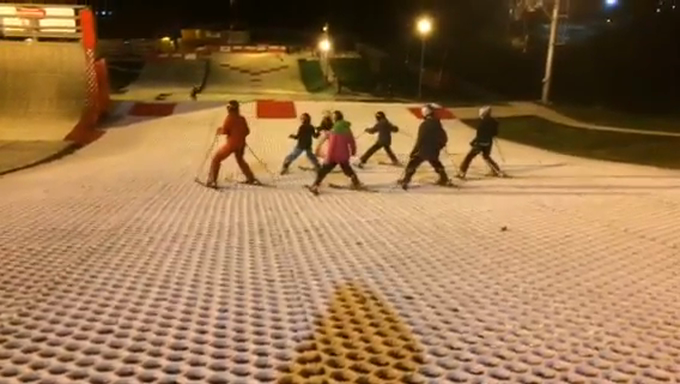 In April Mrs Forrest and Mrs Morgan took the ski club to Castleford, near Leeds, for the day. We did the Skyride, a high ropes course, had lunch together, then skied for two hours on real snow inside the Snozone.  For some of us it was our first time sliding on the slippy stuff and it felt very different to skiing on plastic!

For the annual Silksworth Inter Schools Race there were two events held - an open race and a novice race for those who have only been skiing since September.  Prizes were awarded in various age categories within each event.  Look at how many trophies and medals we won! It might have had something to do with our new team hoodies!

At the end of half term we entered a small team for this event and Mischa won first place in the Under 11s category. Well done Mischa!

In September we took 2 teams to Lancashire for the English Schools Ski Association annual event. One team was from Bailey Green and the second team represented George Stephenson High School, but was made up entirely of ex Bailey Green pupils.

We traveled to Lancashire on the Saturday afternoon and stayed overnight in a Premier Inn. Families came with us to cheer us on!  On the Sunday both teams skied extremely well with Bailey Green coming 4th in their category and George Stephenson 3rd.  Although they didn't quite make it through to the national finals (this year!) we were extremely proud of how they performed.  Well done girls!

Ski club got off to a great start again in September with an enthusiastic group of beginners and a few 'professionals' from last year.

Bailey Green pupils did really well in the inter schools competition in February.  Libby won the Under 8s category and Grace came second in the Under 11s.  Well done to the whole team!